These pen and ink drawings form a deck of 52 dysfunctional playing cards
​where every card is a trump card and the joker is wild.
They are 17" high and 14" wide -- too big to shuffle, deal or play -- so they capture the dysfunction of 2019 quite accurately.
All of the drawings are on white paper  (the colored backgrounds are fake news).

In May of 2017  I began a body of work entitled "Tethered to the Zeitgeist."
The organic forms are tied to one another, anchored to the picture plane, and caught in the zeitgeist of 2017.  The titles reflect the mood of our times. Zeitgeist:  the general intellectual, moral and cultural climate of an era (Merriam-Webster). 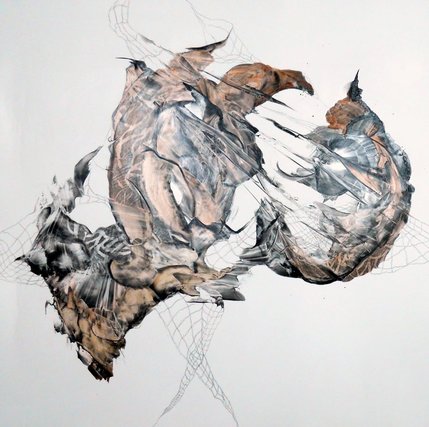 "Dis-graceful Creature" acrylic and graphite on synthetic paper, 24" x 24" 2017
TETHERED & UNTETHERED: black and white pieces from 2017 on synthetic paper.
-  The "tethered" paintings have graphite lines connecting organic forms to one another and
to the infinite space that's beyond our view, outside the painting,
-  The "untethered" pieces are cut out from the paper, so they are freed from the picture plane. 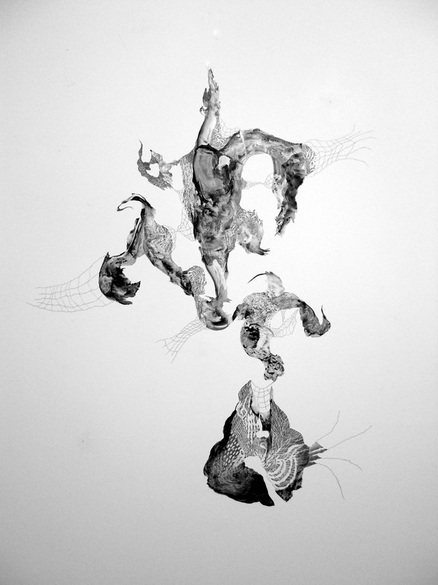 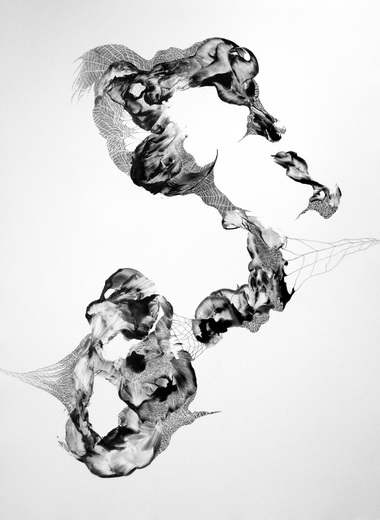 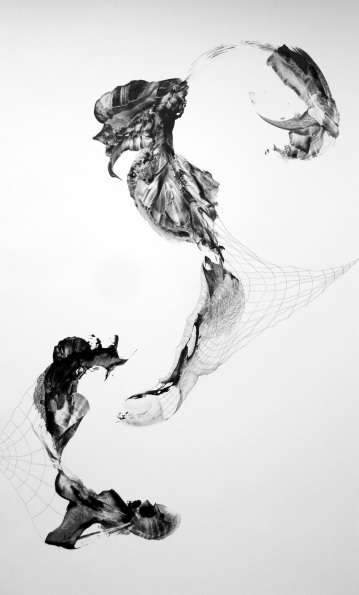 Running in Place, 33 x 20," acrylic and graphite on synthetic paper, 2014.
The following large-scale pieces on Yupo synthetic paper are currently at VAE's Dock 1053 exhibit in Raleigh;
and were shown in the Three Person Biennial at Artspace in Raleigh,  December 2013 - January 2014
​curated by Jennifer Dasal of the North Carolina Museum of Art 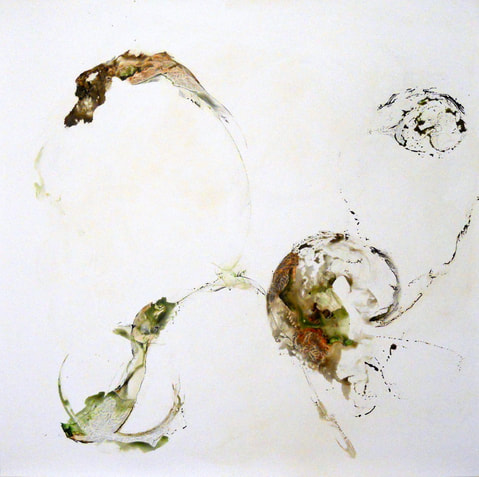 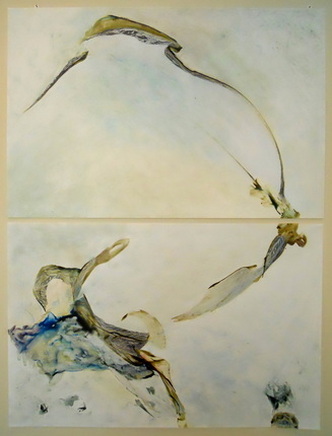